The Canon Vixia HF R42 comes with 32GB of built-in memory. However if you prefer to use your own SD card, the camcorder comes with one additional SD/SDHC/SDXC memory card slot. 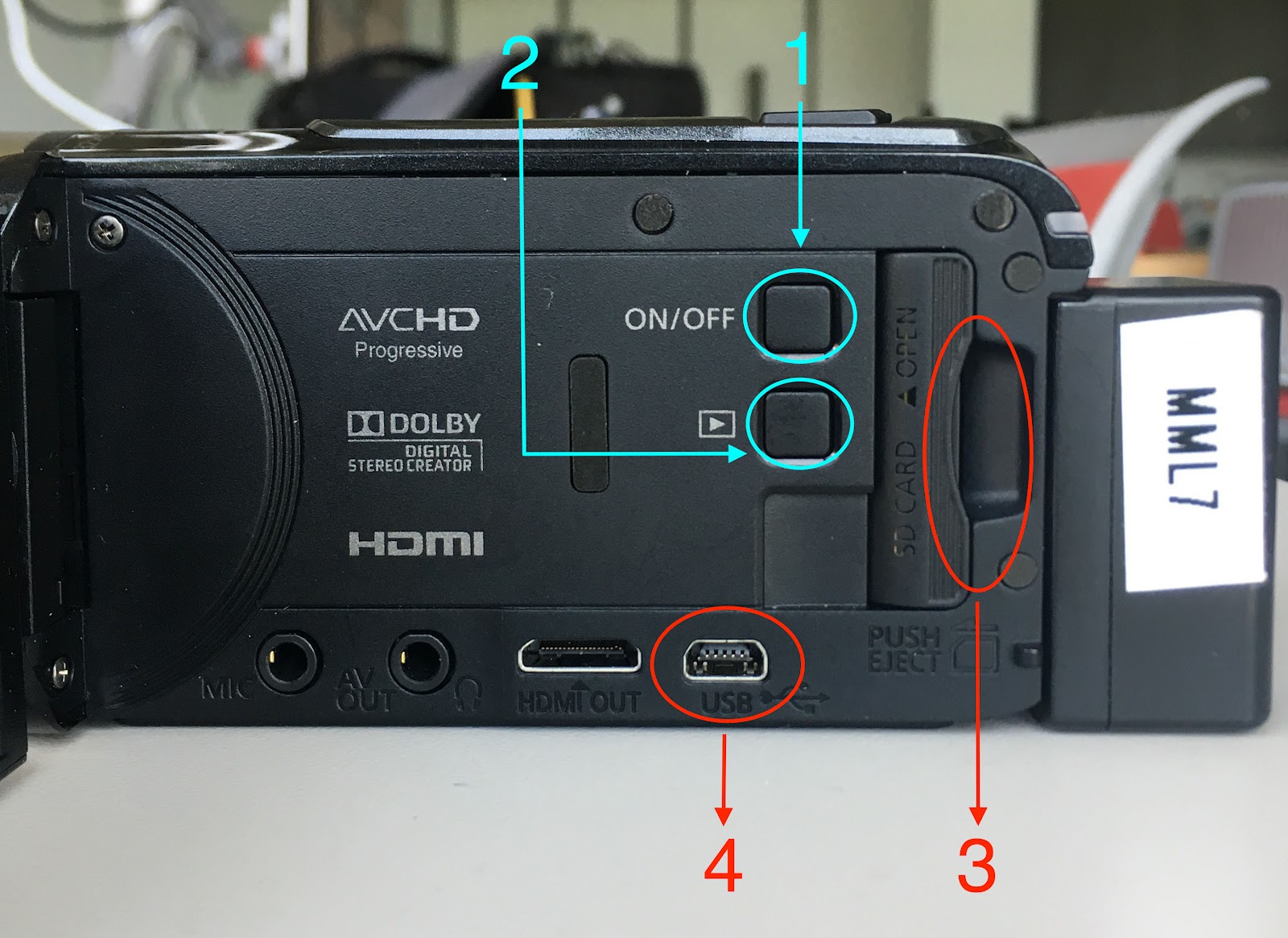 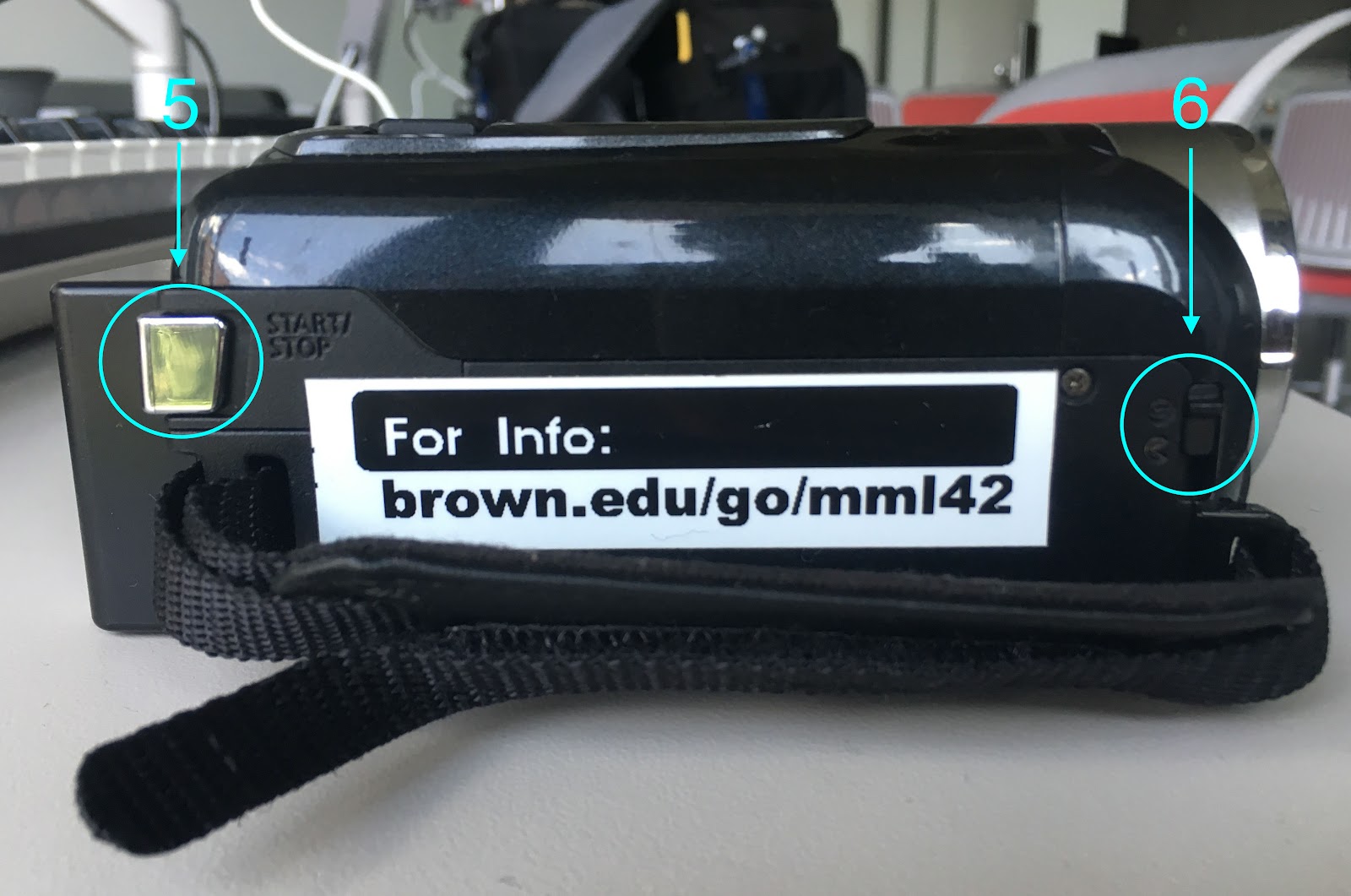 Attach the battery pack to the back of the camera using the arrows as guides. Then plug the power adaptor into an outlet. Plug the other end of the power adaptor into the camcorder’s DC IN terminal located on the bottom right side under the strap. The [POWER/CHR] will turn red when charging has started and will turn off when charging has finished. To eject the battery, slide over the Battery Release panel on the bottom of the camcorder.

The camera automatically turns on when the LCD screen is opened and turns off when it is shut. You can also press [ON/OFF] to turn the camcorder off.

Note: If the battery won’t charge or if it won’t last for more than an hour, return the battery to the IT Service Center to replace it for another.

These are the settings that we would recommend for easy recording with the best results. Many of these can be adjusted from the menus in the camcorder’s Home Menu. To access the home menu, touch the little house icon on the top left corner of the camcorder’s LCD screen. The LCD screen is multitouch, and all navigation can be done using your fingers. The menus that appear depend on whether the camera is in recording mode or playback mode.

When in recording mode, the first icon will be for the “Recording Programs.” 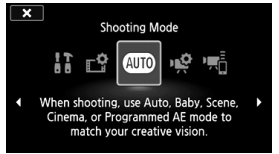 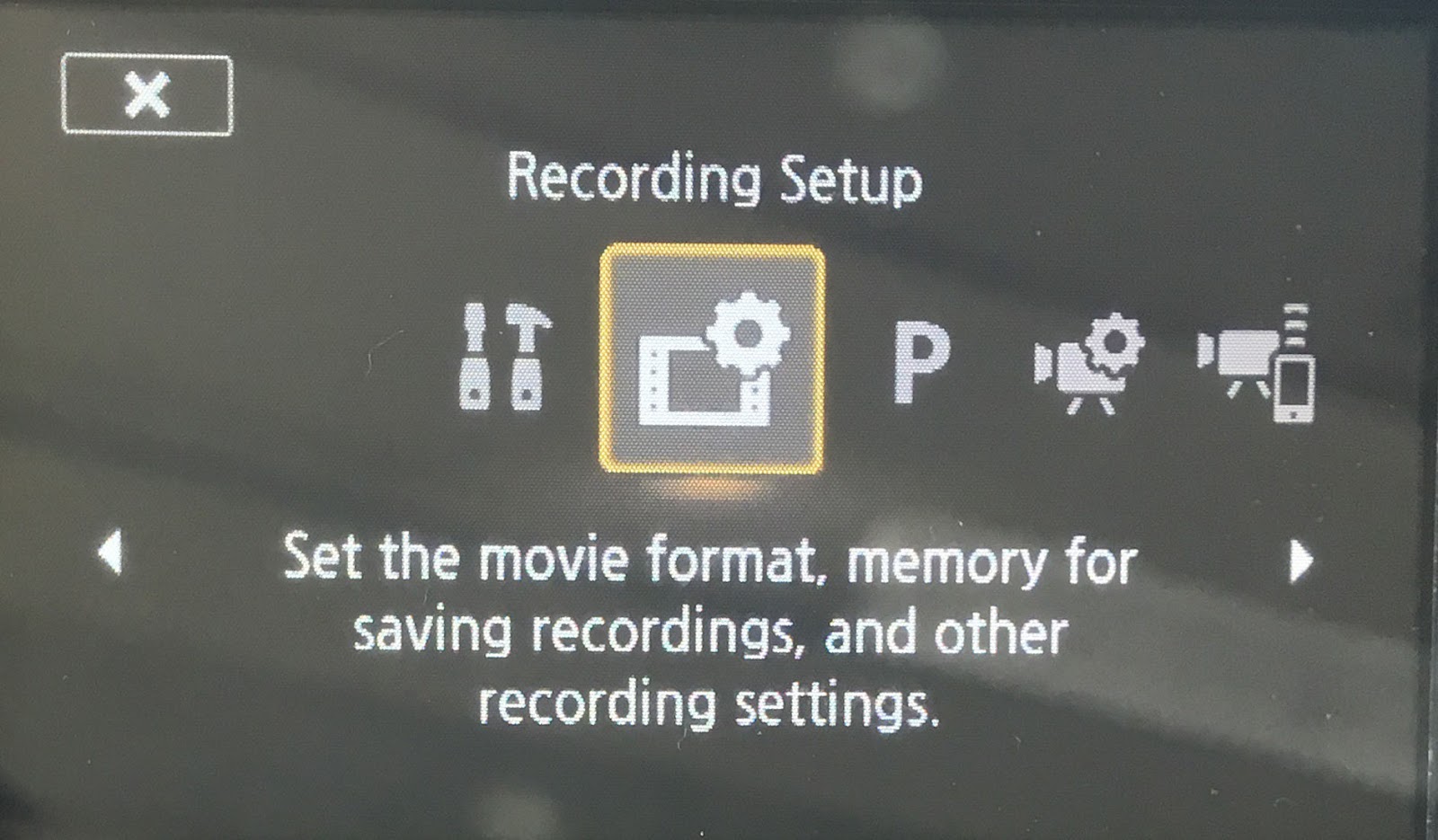 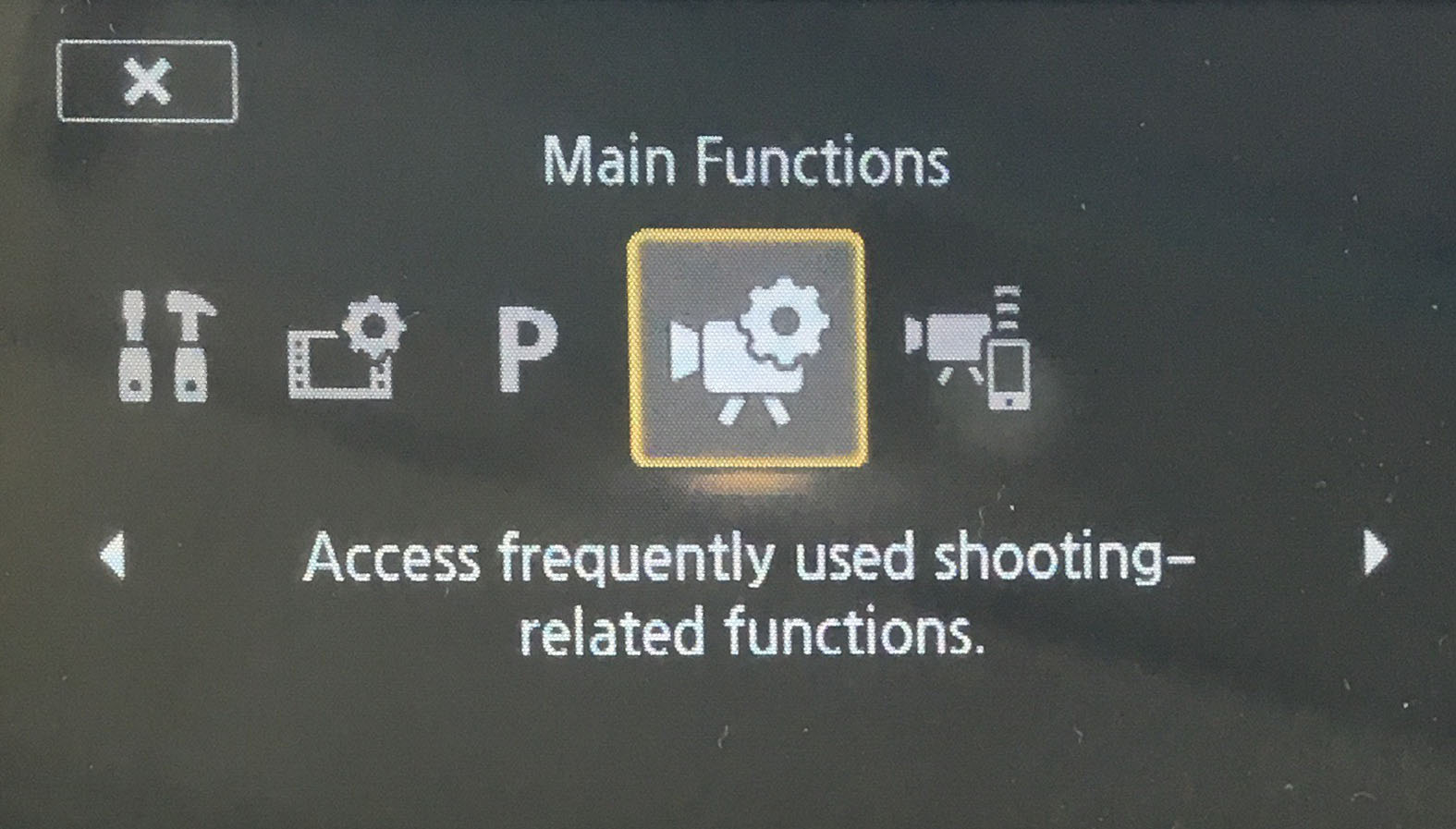 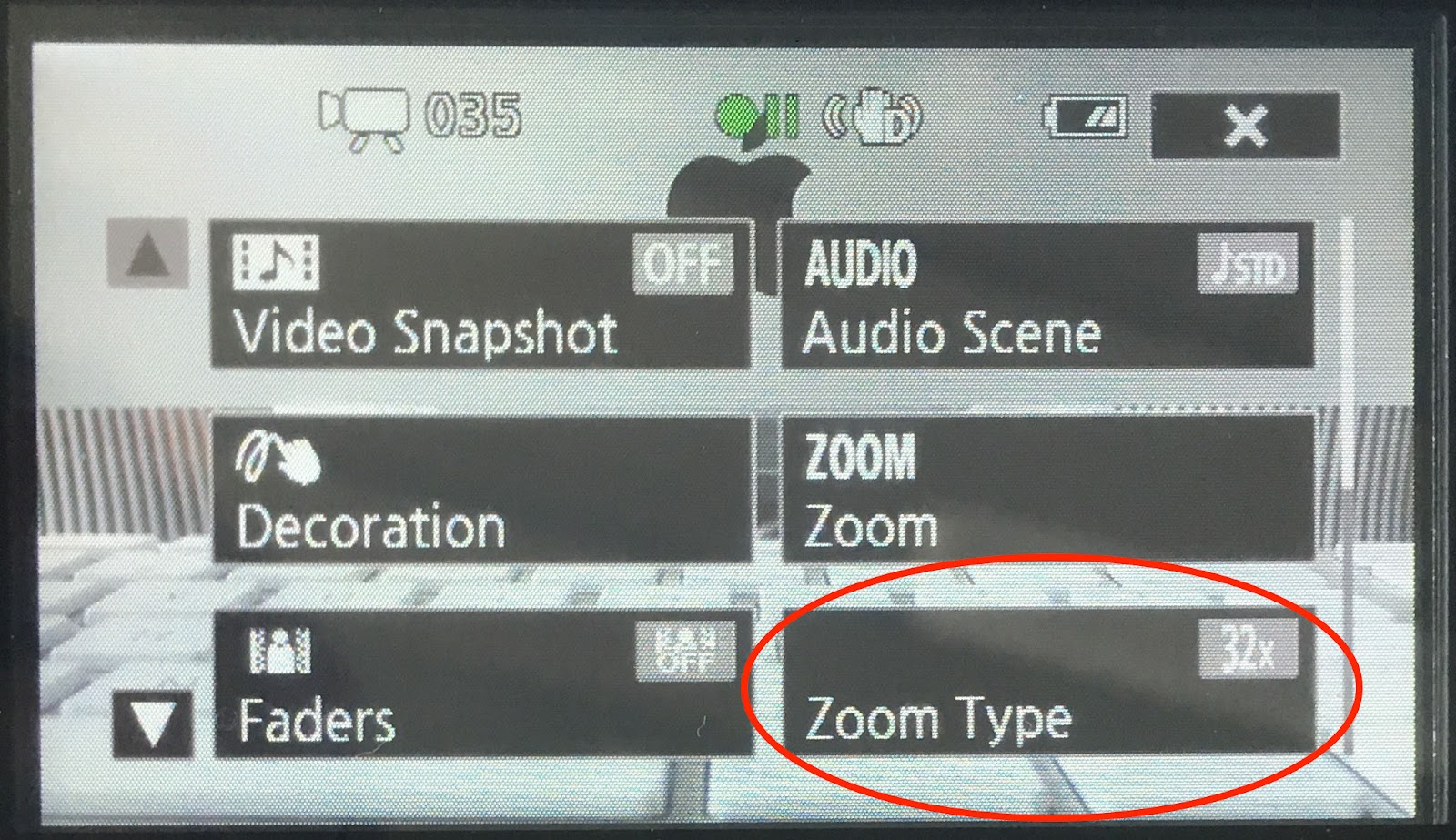 Press the [PLAY] button on the side of the camera body to switch from recording to playback mode.

Located on the top of the camera. Move the zoom lever towards (W) for wide angle shots and (T) for telephoto shots.

To begin exporting media, that camera has to be in playback mode. Connect the camera to the computer using the supplied USB cable. It should appear on your computer the same as a USB flash drive. If you are using video editing software, you should be able to directly import from the camera using the software's “import” functionality; otherwise, drag and drop the files to the desired location on the computer.

1 of 1 people found this page helpful


Reporting an IT Outage?